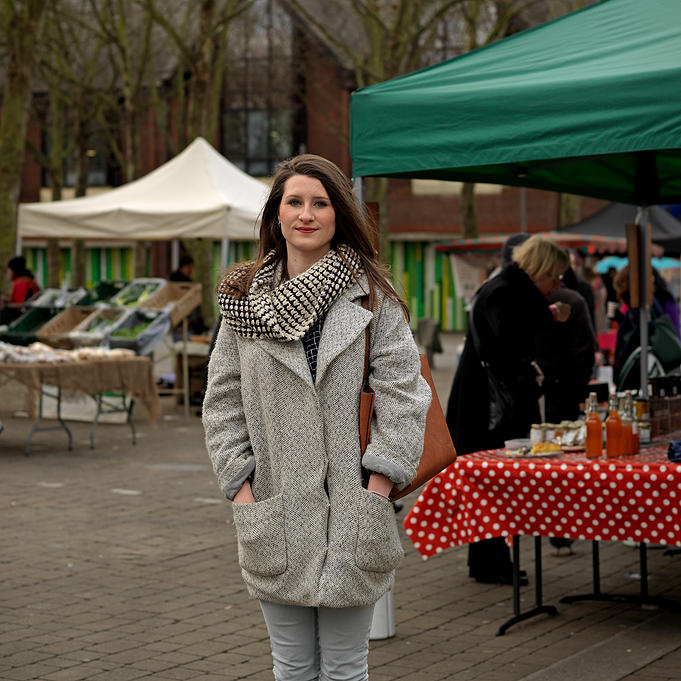 Aisling Fahey is a poet who has performed in various locations across England, Ireland, America and India,  including the Barbican, the Houses of Parliament and Glastonbury. She previously won the London Teenage Senior Slam and SLAMbassadors UK, run in association with The Poetry Society. She was a member of Barbican Young Poets and is part of the Burn After Reading collective, established by Jacob Sam-La Rose and Jasmine Cooray. She co-facilitated the Barbican Junior Poets programme, for 11-14 year olds, earlier this year. She is available to book for workshops in schools and community settings.

Aisling was Young Poet Laureate for London 2014 - 2015. During her tenure, she completed residencies in places such as the Free Word Centre, the London Irish Centre, Waterstones Piccadilly, the Queen Elizabeth Olympic Park and her old primary school in Walthamstow. Her year ended with a tour of India organised by the British Council where she performed and led workshops across India.

She has appeared on Front Row, BBC Radio 4, The Robert Elms show on BBC London and ITV London Tonight. She graduated from the University of Exeter with a degree in English Literature in 2014.

She is continually surprised at the avenues poetry has opened up for her throughout her life, and excited to see where else it may take her. If you've got an interesting offer, she is more than happy to consider it; to be honest she'll most probably say yes.